Out with the Old…

At the bottom of my last post in August I mentioned about upgrading my phone to Windows Mobile 6.. Yes I do happen to run around with one of those annoying PDA Phones and decided since I do work in IT, to have a fiddle with it and see what I can break 🙂

HTC produces rebranded items for large service providers (T-Mobile, Orange, O2, etc) but were sly, they only made it available through their HTC website to people who had a legit HTC serial number… thanks to some kind souls they managed to find their way onto the XDA Developers forum for all owners to download and try. So I was running the HTC WM6 version on my Orange SPV M3100 (tip: use the XDA Developers WIKI if you want to DIY )

Discovered that WM6’s bluetooth stack isnt the most “stable” of releases, courtesy of my cars bluetooth stereo having problems keeping connected, or having the wonderful “calling” bug appear when I start the engine. (It thinks the phone is making a call, and only way to solve it is to Soft Reset the phone)

So I tried a few other WM6 versions, only to discover that they all exhibit similar bluetooth problems 🙁 so I am now back on the original WM5 rom from Orange until someone releases an updated WM6 rom which does not suffer issues with Bluetooth.

Well its either that or buy a new phone, and I’m tempted for one of those new Motorola Razr2 V8 phones. 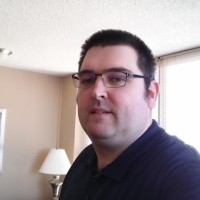